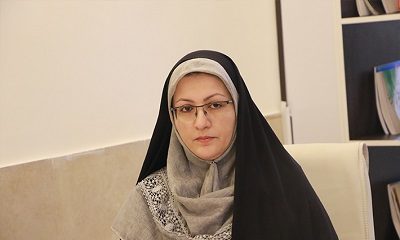 Leila Vaseghi
لیلا واثقی
1972
Sari
Female
PhD in Agricultural Economy
No
Alive
24 Nov 2020
These violations may only be part of the human rights violations that this person has been involved in. The investigation into this person's human rights record is ongoing.
On 12 April 2021, the Council of the European Union added 8 Iranian officials including Leila Vaseghi, to its list of human rights sanctions for their role in widespread and grave violations of the rights of Iranian citizens. According to the EU statement, “As the governor of Shahr-e Qods and Head of the City Security Council since September 2019, Leyla Vaseghi ordered the police and other armed forces to use lethal means during the November 2019 protests, causing the deaths of and injuries to unarmed protesters and other civilians.” As a result of these sanctions, Vaseghi has been banned from entering the EU and his assets in the EU have been frozen.
Report a human rights violation committed by this individual
placeholder content