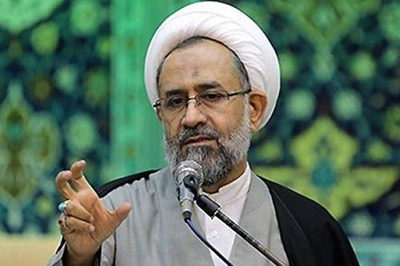 Heydar Moslehi
حیدر مصلحی
1957
Shahreza
Male
BA in Theology
Yes
Alive
5 Dec 2020
These violations may only be part of the human rights violations that this person has been involved in. The investigation into this person's human rights record is ongoing.

In a decision dated 18 October 2011, the European Union placed Heydar Moslehi on the human rights sanctions listfor his role in the widespread and severe violation of the rights of Iranian citizens. According to the decision, Moslehi will be barred from entering the union and all his assets will be confiscated in Europe. According to the EU statement, Moslehi was sanctioned for the continued and widespread use of "tools of persecution and torture" by the forces under his command and the "arbitrary detention of dissidents and protesters" during the peaceful protests against the results of 2009 presidential election.

In October 2010, the US Treasury Department placed Moslehi on the US list of human rights sanctions, emphasizing on the role of Moslehi as Minister of Intelligence in suppressing protests against the 2009 election results, "beatings," “murder”, "psychological torture," and "sexual abuse" of detainees in the ward. 209 Evin Prison, which is controlled by the Ministry of Intelligence. Under the decision, Moslehi’s assets in the US or in the possession of American companies will be seized and he will be barred from entering the country.