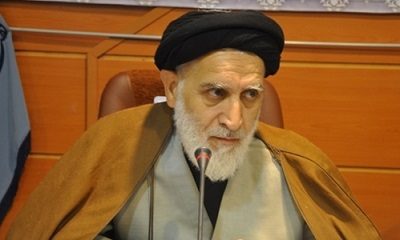 Seyed Hassan Shariati
سید حسن شریعتی
Unknown
Male
Seminary Eduacation
Yes
Alive
8 Dec 2020
These violations may only be part of the human rights violations that this person has been involved in. The investigation into this person's human rights record is ongoing.


On 13 April, 2011, the European Union placed 32 Iranian officials on the human rights sanctions list, including Seyyed Hassan Shariati, for their role in widespread and grave violations of the rights of Iranian citizens. Under this decision, Shariati will be barred from entering the union and all his assets will be confiscated in Europe. According to the EU statement, “Trials under his supervision have been conducted summarily and inside closed sessions, without adherence to basic rights of the accused, and with reliance on confessions extracted under pressure and torture. As execution rulings were issued en masse, death sentences were issued without proper observance of fair hearing procedures”.