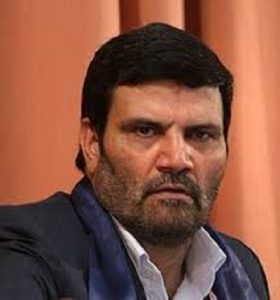 Abolghasem Salavati
ابوالقاسم صلواتی
Unknown
Male
Unkown
No
Alive
12 Jan 2021
These violations may only be part of the human rights violations that this person has been involved in. The investigation into this person's human rights record is ongoing.

In April 2011, the European Union put Abolghasem Salavati on its list of human rights sanctions for his involvement in gross violations of human rights. According to the EU statement, Salavati was sanctioned for his involvement in the post-election  cases as the judge presiding over the “show trials” in summer 2009 and the issuance of numerous lengthy prison and death sentences to activists and protesters. According to the decision, Salavati's assets in Europe have been frozen and he has been banned from entering the European Union.

On December 19, 2019, the US Treasury Department sanctioned Abolghasem Salavati for serious and widespread human rights violations. Under the sanctions, Abolghasem Salavati's potential assets in the United States or under the control of American banks and companies will be frozen and he will be barred from entering the country. Citizens of the United States will also be banned from doing business with him.