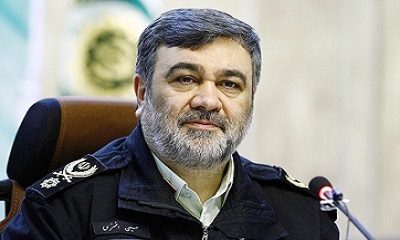 Hossein Ashtari
حسین اشتری
Isfahan
Male
Unkown
Unknown
Alive
15 Dec 2020
These violations may only be part of the human rights violations that this person has been involved in. The investigation into this person's human rights record is ongoing.


On 20 May, 2020, the U.S. Treasury Department announced that Ashtari had been placed on a list of human rights sanctions for his role in widespread human rights abuses. Under the decision, all of Ashtari's assets on US soil or under the control of US companies and banks have been frozen and he has been banned from entering the United States.

On 12 April 2021, the Council of the European Union added 8 Iranian officials including Hossein Ashtari, to its list of human rights sanctions for their role in widespread and grave violations of the rights of Iranian citizens. According to the EU statement, “as a member of the National Security Council, Hossein Ashtari took part in the sessions that resulted in the orders to use lethal force to suppress the November 2019 protests.” As a result of these sanctions, Ashtari has been banned from entering the EU and his assets in the EU have been frozen.