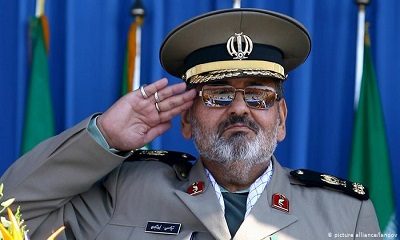 Seyed Hassan Firouzabadi
سید حسن فیروزآبادی
1951
Mal Abad, Mashhad
Male
Doctorate in Veterinary Medicine
No
Died, 3 Sep 2021
20 Dec 2021
These violations may only be part of the human rights violations that this person has been involved in. The investigation into this person's human rights record is ongoing.

On 10 October , 2011, the European Union placed Hassan Firouzabadi on its  human rights sanctions list for his role in suppression of 2009 protests as "forces under his formal chain of command brutally suppressed peaceful protestors and perpetrated mass detentions."

On 13 December , 2011, the US Treasury Department placed Firoozabadi on its human rights sanctions list for his role in widespread human rights abuses. According to this decision, Firoozabadi's assets in the United States or under the control of American companies and banks anywhere have been blocked and he has been banned from entering the United States.